Have you ever thought that batteries might need to be tamed? Find out how ICT can help optimal management of li-ion batteries and enhance their safety

Batteries seem very simple devices. You might even have tried to build a battery with vegetables and fruits when you were a high school student. However, batteries are more complex than most of us might think. They are similar to humans in many ways. They get born, they age, and eventually die! They don’t like too cold or too hot temperatures. They have a memory! And it’s better not to operate them when they are nearly empty or full. If these conditions are violated, they can be damaged, and you might have to say bye-bye to their power. Batteries are thus complex in essence and require complex digital tools to take care of them and to help them last longer. Let’s find out more.

When it comes down to it, batteries are very impressive in their role as technology enablers. The world’s smallest battery used to power minuscule electronic devices is six times thinner than a bacterium. On the other hand, the largest battery site with 300 MW power in Australia covers an area similar in size to a football oval. Batteries’ applications are also countless and exponentially growing as new products emerge. An important example is the electric cars, which rely on Lithium-ion batteries and will most likely make the biggest use of such type of batteries in the coming years. No one can deny that the future of transportation is electric. However, a few years ago even the ardent supporters of electric cars might not have dreamt about the current speed in their technological growth.

With electric cars, the energy and power density of the batteries are very important matters to achieve lighter vehicles, longer range, and faster refueling. The search for better lithium-ion battery technologies has become a very competitive international race. Advancements are also very impressive in these aspects and batteries keep getting better and better. The battery achievable energy density now is three times bigger than what it was in 2010. The technology is also fueled by a 100% drop in battery costs compared to a decade ago. Now, even though it seems that the age of electric cars is upon us, the new industry faces important challenges that must be carefully addressed.

Battery advancements mean that now we can store more energy in electric cars and this energy can be released faster. The other side of the story is that these advancements mean batteries are now more sensitive and fastidious, so more advanced tools are necessary to control them. Just to shine some light, a small electric car in the size of a Mitsubishi i-MiEV with a 16 kWh Lithium-ion battery has around 60 megajoules of energy, which is equal to 15 kg of TNT explosives and this is enough energy to obliterate 15 vehicles of this size!! The electrolytes in Lithium-ion batteries are highly flammable and can spontaneously combust. The problem is known as the “thermal runaway”. 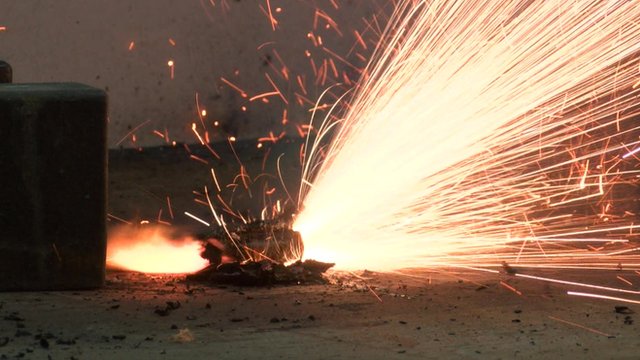 One spectacular example of this phenomenon is the Lithium-ion battery fire on a Boing 787 Dreamliner which grounded 50 aircrafts of this type following a worldwide flight ban after an incident in 2013. In 2014, the Japanese manufacturer Panasonic recalled 43,000 laptops because of “potential fire hazard”. Other companies, such as Sony and Lenovo, also had to recall their products when they found they posed a “fire risk”. Despite the benefits that the new lithium-ion batteries offer and the fact that these freak accidents are very rare, these examples show that the “thermal runaway” of batteries is a potential danger and must be carefully managed.

Battery operation and safety are just one side of the story. Did you know that if all new cars manufactured were powered by lithium-ion batteries, the world would run out of lithium sources in about 30 years? This calls for a change in the way lithium-ion cells are produced, used, and recycled. Cell manufacturing processes should be enhanced using cutting-edge technologies to ensure we make the highest quality cells with the minimum waste of material. During their use, we should treat batteries nicely to help them last longer. Likewise, we can decide to use them in second applications. Lastly, the battery cells have to be recycled for sustainable production to make sure we will have enough lithium to feed new batteries in the future.

Of course, we all know that batteries do not last forever. But many might not know that lithium-ion batteries begin to lose their life as soon as they leave the manufacturing plant. If these cells are kept unused for a period, the storage capacity of batteries reduces during idle time. This might introduce additional challenges in terms of consistency, lifetime, and safety of batteries.

How can we manage all these complex situations at the same time? The battery needs a “brain” to control its performance, avoid safety risks and prolong the lifetime while enabling us to make use of its full capacity. It needs a powerful “memory” to record the battery history and to remember how it was produced, stored, and used. The battery also needs “intelligence” to predict the future, e.i. to predict an hazardous situation in advance, or allow for decision-making about second-use and recycling to improve cost-effectiveness and sustainability.

The attributions of “brain”, “memory”, and “intelligence” can be breathed to batteries via a battery digital twin. The digital twin of a battery is its virtual equivalent, empowered by cutting-edge techniques in artificial intelligence (AI), advanced modeling and simulation tools, and strong computational resources. Thanks to AI, these elements can interact with the physical battery through real-time exchange of data. The digital twin technology can be linked with the battery before its birth, throughout its lifetime, and beyond. It can be used to optimize the battery cell design and manufacturing processes to make cells with better quality and consistency, which will considerably help batteries to last longer. It can be used to improve battery operational safety and performance in the electric cars and it can also help to make effective decisions about batteries’ second-life and recycling.

Interestingly, the introduction of digital twins goes back to the “Apollo Project” operated by NASA in 2010, which was aimed to guarantee the safe operation of the flight system during its lifetime. Ever since, the digital twin has been increasingly used to solve many engineering problems in various fields. Digital twins can change the future of batteries by integrating and orchestrating performances over the entire battery value chain from manufacturing and assembly, to the use of batteries and their recycling. The use of a digital twin alongside the battery pack of an electric car will increase its safety and lifetime.

And how does a digital twin work? A battery twin is its advanced model and it’s made alive through real-time sensory and historical data from advanced sensing units inside the battery. The twin is able to mimic and replicate the real battery behaviour during its lifetime. The use of advanced intelligent tools allows the twin to predict future battery behaviour and send appropriate feedback to the physical system to enhance its performance and safety. Twins are often implemented on the cloud space, instead that on physical servers, to provide the required large computational demand for advanced modeling and processing tasks. The integration with the physical battery can be fulfilled through the use of the Internet-of-Things (IoT) thechnology.

The digital twin is a critical aspect of the EU-funded HELIOS project, which aims at improving the capabilities, performance, and safety of li-ion-based battery packs for different electric mobility applications, from small electric cars to electric buses. The project involves 18 universities, research institutions, and SMEs from 8 different countries across Europe and has been funded within the Horizon 2020 Research and Innovation Program.

HELIOS is coordinated by Aarhus University in Denmark, the institution hosting me as a Post-Doc researcher, and runs until 2024. We are only starting to explore how digital twins might affect battery applications in our project and the journey is very promising. Stay tuned for more news on how we combine ICT and IOT to make future electric vehicles run faster, for longer time and in total safety for their drivers and passengers, but also for our planet.

We are professional and reliable provider since we offer customers the most powerful and beautiful themes. Besides, we always catch the latest technology and adapt to follow world’s new trends to deliver the best themes to the market.